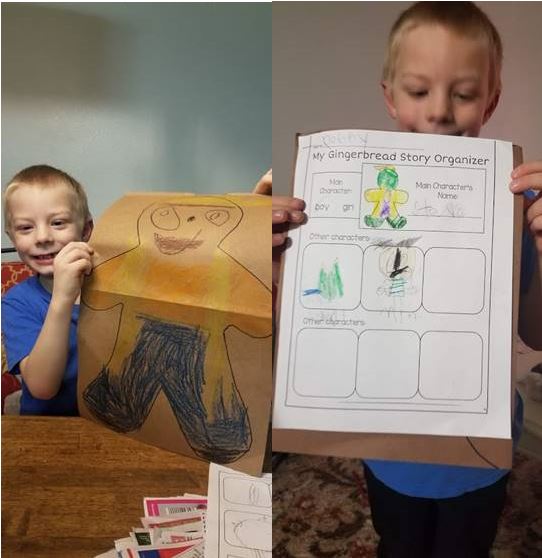 The group of children excitedly greeted Santa as he rolled into the Vera parking lot for the annual open house and tree lighting in a Vera bucket truck.

But one child, Robby Broderius, shouted in delight when he saw the big man.

Above the cacophony of the crowd, a voice surprisingly shouted out, “It’s Steve. It’s Steve!”

Sure enough, the big man was Vera Electric Foreman Steve Brearley behind the wheel, and Robby is his number one fan. While other children flipped to see Santa, in Robby’s estimation, Steve was the star of the show.

Later, when his kindergarten teacher assigned the class the task of writing a hero story about a gingerbread boy, Robby used Steve as his inspiration. Along with writing the story, Robby illustrated his hero as a gingerbread man resplendent with a yellow hard hat and electric lineman gear.