Home About Us History

In the early 1900s development of the Spokane Valley was driven by land speculators. With a modest investment in infrastructure and a far-flung advertising campaign, small land management companies believed they could turn otherwise low-value land into productive and profitable agricultural property.

One such speculative venture was the Vera Electric Water Company, responsible for Vera Pump House #1 which was hand-dug in 1906.

The Vera Electric Water Company was established in 1908 by Donald K. McDonald, A. C. Jamison, and Andrew Good, local real estate entrepreneurs. McDonald named this new company after his daughter. As the land filled up with apple orchards, the town of Vera was incorporated.

Vera Pump House was hand built using stones dug up during the construction of ditches; these stones were also used in historic local homes. It is believed that the prominent masonry craftsman, Hans Vinge, built the pump house stone structure. The pump itself lies over one hundred feet below ground. Vera Water and Power operates this pump to this day.

How we became publicly-owned and non-profit utility

Originally, Vera purchased its power from the electric railroad that ran from downtown to Liberty Lake. Then, Vera purchased power from Washington Water Power. In the mid-1930s, Vera reorganized as an irrigation district, making Vera a public agency instead of a privately-owned corporation.

On Jan. 1, 1946, Vera signed on as a customer of the Bonneville Power Administration to take advantage of the low-cost power generated by the Columbia River dams. 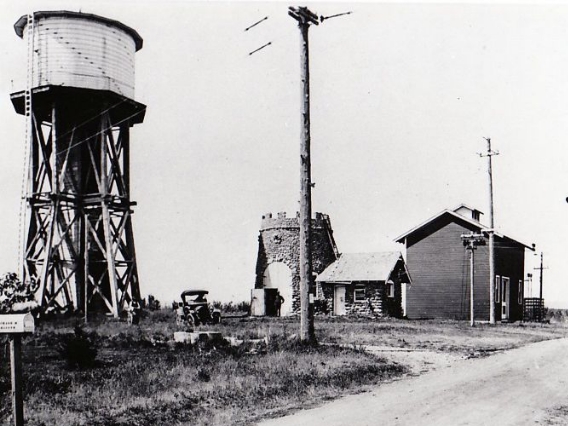 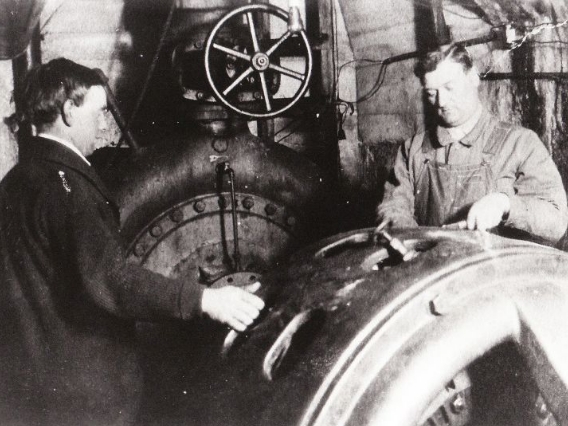 1915
Bill Tschirley (left) and Otto Kuchenbuch (right) working on the motor in Well No. 1, located approximately 125 feet below ground. 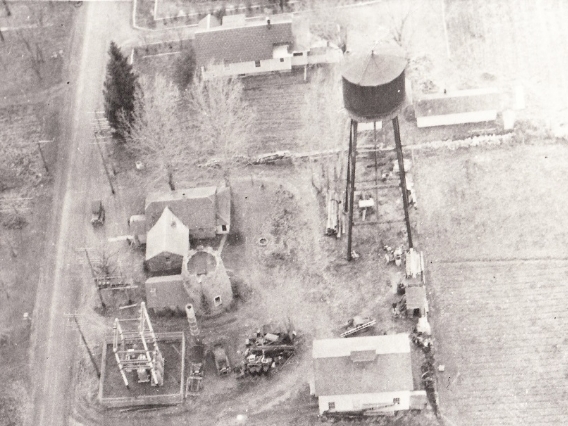 1930
An overhead look at the Vera Irrigation District. Vera reorganized as an irrigation district in the mid-1930s 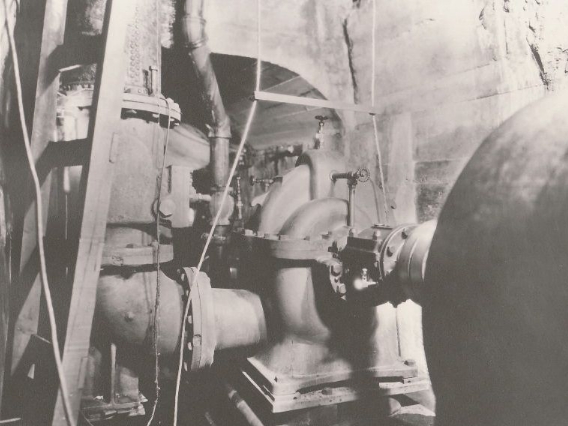 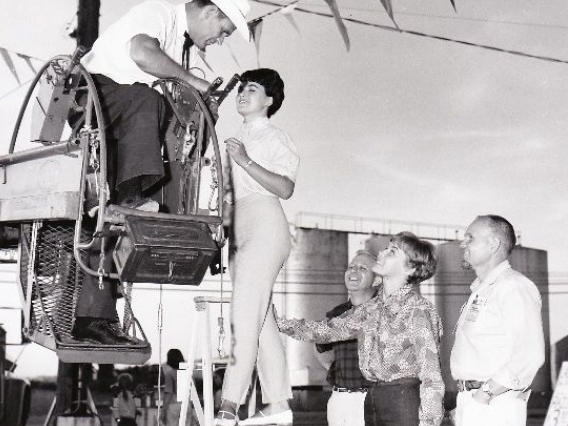 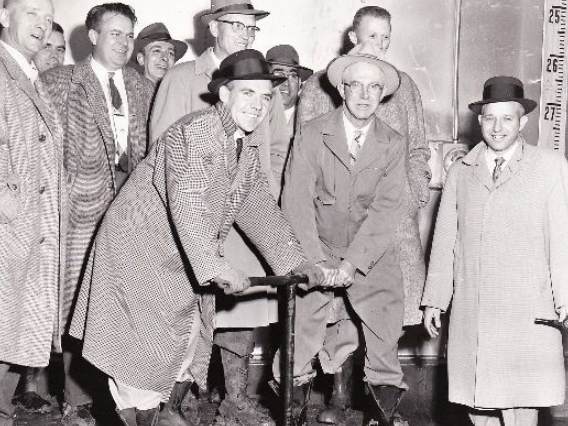 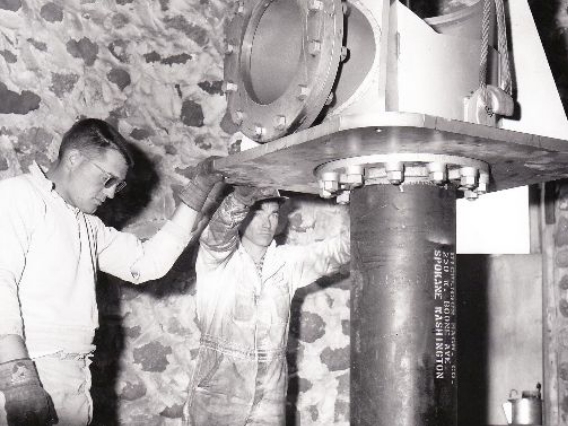 1961
This 3,000 gallon per minute pump was being installed in the No. 1 Well as a part of the expansion program to better serve the Spokane Valley 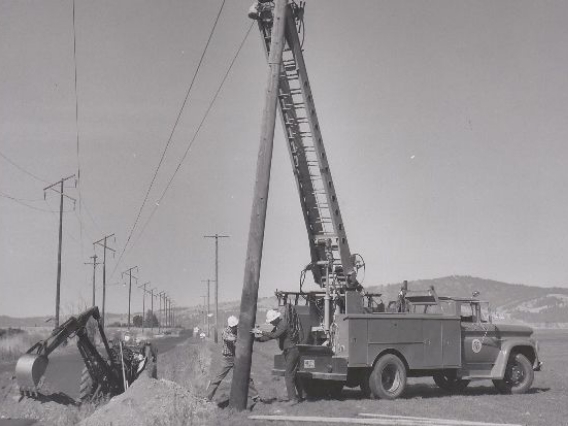 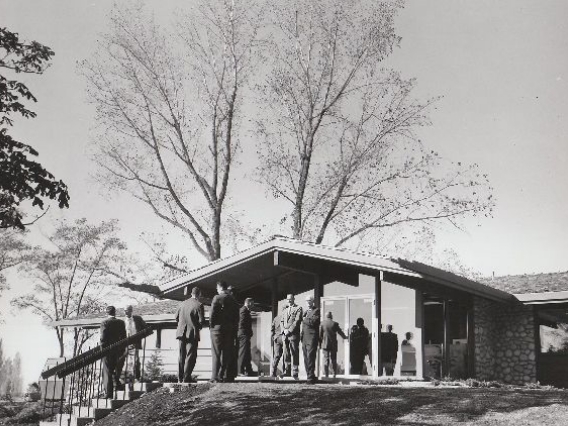 1964
An open house of the newly-remodeled Vera Water and Power office. 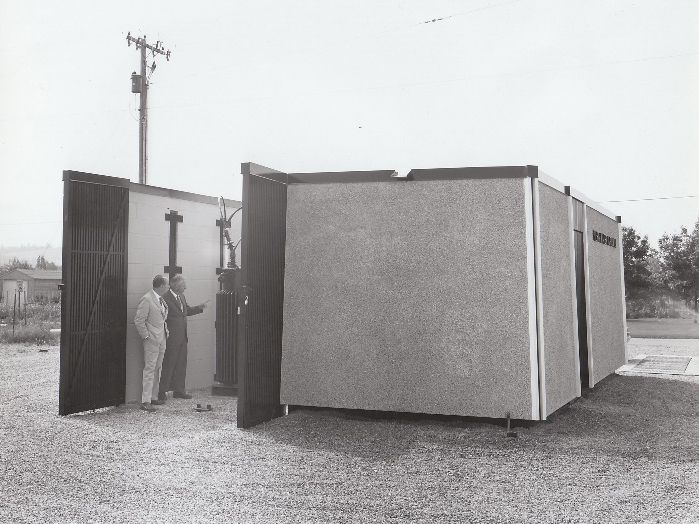 1965
The Valleyway and Sullivan substation was remodeled. 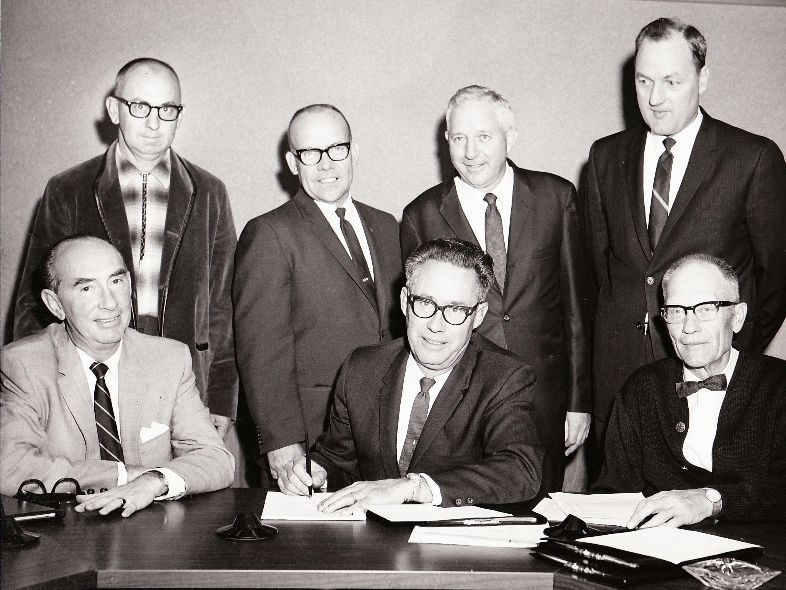 1967
The Board of Directors of the Vera Irrigation District approved a 20-year power purchase contract with Bonneville Power Administration. 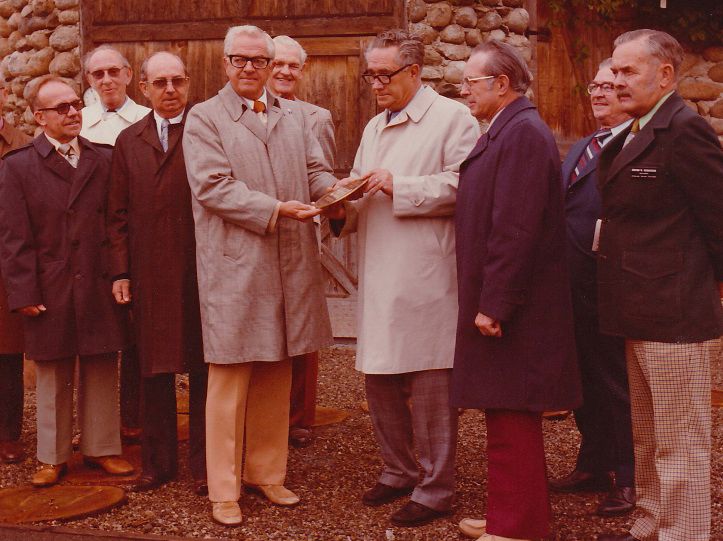 1977
The American Water Works Association declared the No. 1 pumphouse a national landmark. 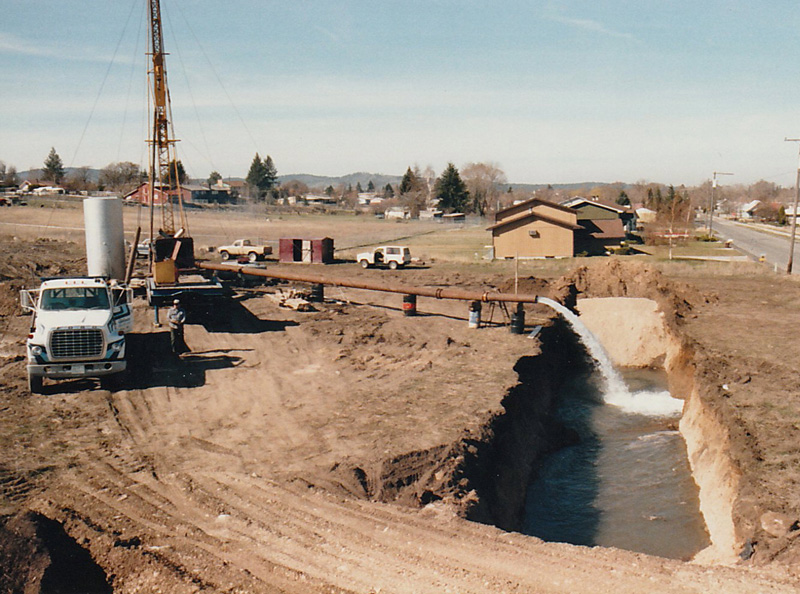 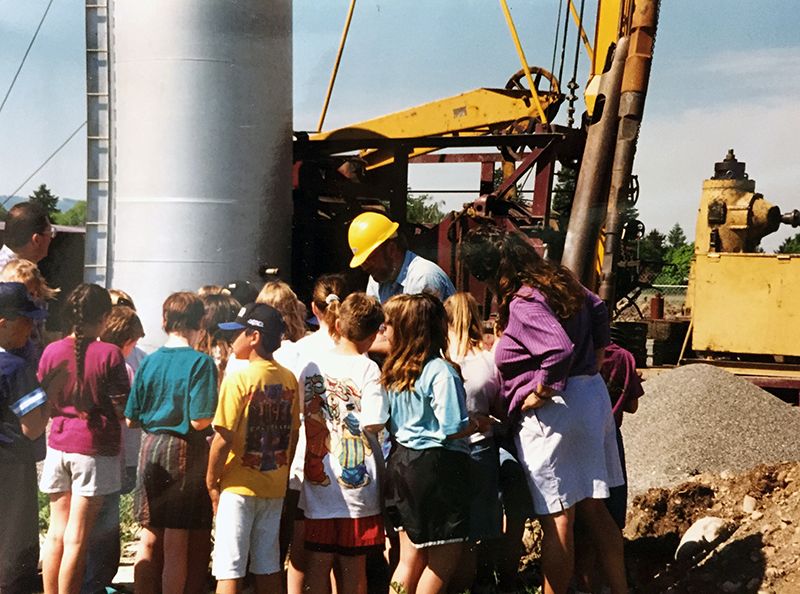 1994
Third grade students from Progress Elementary School observed the drilling of Vera’s new well at a site next to their school. 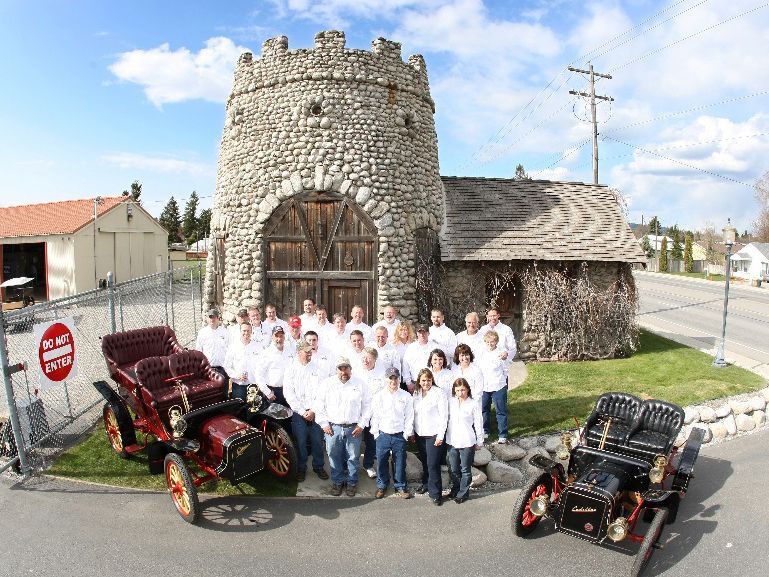 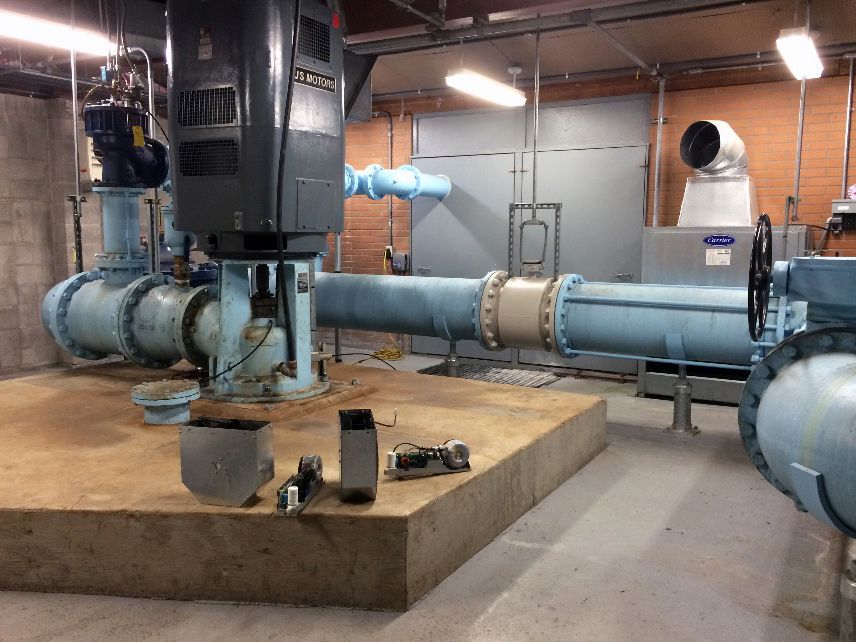 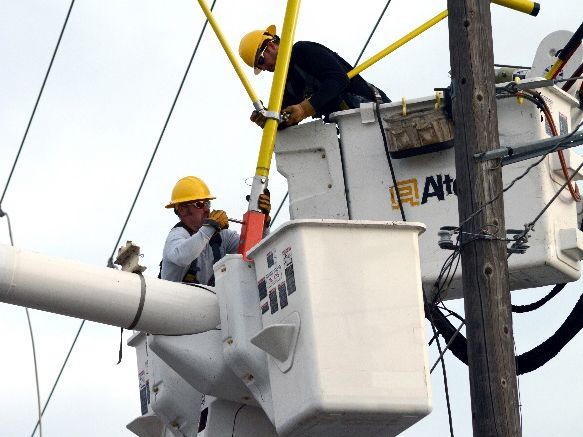 2015
Our electric crew changing out a pole on Evergreen Rd. near Broadway.